Recently, I had the pleasure of taking in some of our local jazz talent at Victoria College’s Johnson Symposium.

The auditorium, which I’m more used to visiting during the spring for spelling bee season, was filled last night with some mid-show stragglers standing in the back Monday night.

It was my second time seeing the VC Jazz Combo in action. The first time I had seen them was at the Hard Hat Happy Hour at the Children Discovery Museum of the Golden Crescent’s new location at the former Playhouse theater. VC music professor Jonathan “Jona” Anderson, on the saxophone, was the headlining soloist.

The show started out with pieces by Alan Hovhaness, Charles Koechlin, Paule Maurice and David Maslanka. The selections by Maurice, a female French composer most recognized for Tableaux de Provence pour saxophone et orchestre, were my favorite performances from the set by Anderson and VC music professor Dr. Marylynn L. Fletcher on piano.

Mid-way through Dis Alyscamps L’amo Souspire, from Maurice’s Tableaux, the saxophone spirals up in a dramatic twist and unfolds into gentler notes. The song, meant to score a lamentful scene at a cemetery, had me wrapping my fingers around the pearls I forgot to wear till the very end.

Anderson’s daughter added a youthful touch to the show with an accompanying ballet performance sound-tracked by the Girl from Impanema, sung by Taylor Chavana.

VISD Fine Arts Director Ken Peach joined in on the flugelhorn during the set’s closing song, “Feel So Good,” by Chuck Mangione.

Thanks to my father’s CD collection, I recognized Mangione immediately from trips to Mexico with my family spent wearing out all the CDs and tapes we owned. Thanks Dad.

Here are some clips from the show I hope you enjoy.

Also, the City of Victoria recorded the full-length session expected to air on Channel 15 sometime early next year. Look out for it starting sometime in January.

Day of the Dead, also known as Día de los Muertos, wasn’t a holiday I grew up with in the suburbs of Houston.

Although my mother and father were raised as children in Mexico, they never tried to paint our faces in skeletal patterns or made us create altars in honor of our loved ones that had passed away.

It wasn’t until I moved to Victoria, where I learned to love the traditions of Día de los Muertos.

My first year as a reporter with the Advocate was two years ago, in 2012.

I remember covering the Day of the Dead parade and festival hosted by the Nave Museum with support from other organizations in town. 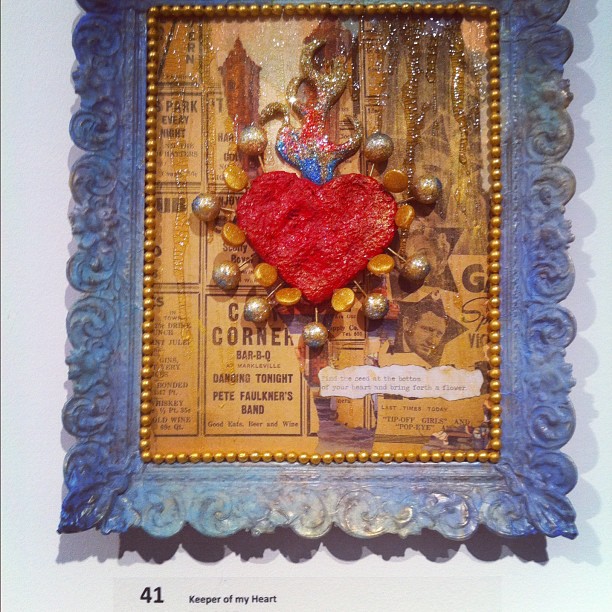 Día de los Muertos art piece for sale at the Nave Museum from its 2012 exhibit.

One of the vendors was from San Antonio, he was selling artisan soaps wrapped in dyed corn husks. 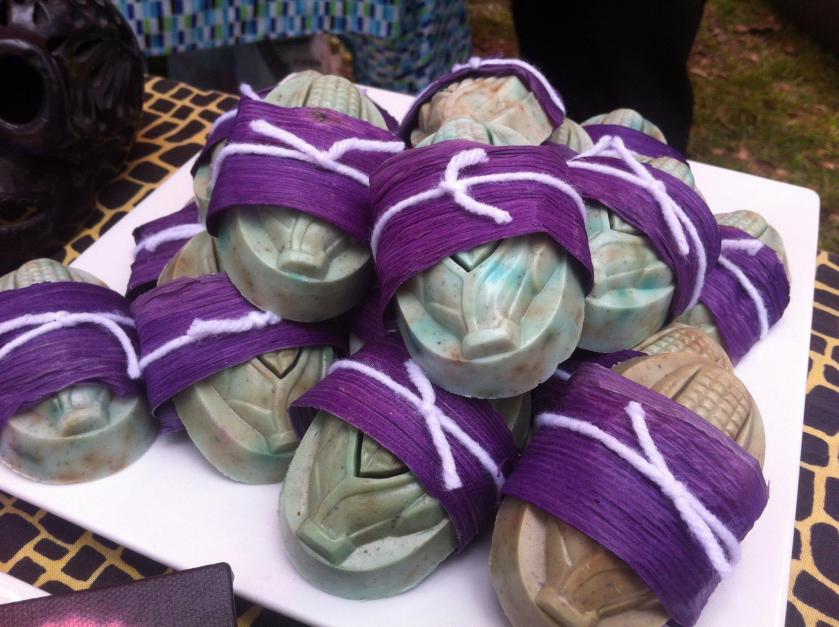 Super cute artisan soap sold at the Nave Museum’s Day of the Dead festival in 2012.

I didn’t paint my face that year but that bar of soap kept me thinking about the parade and the sacred day meant to honor the dead.

The next year I traveled to San Antonio for a Día de los Muertos/Halloween weekend with my siblings. 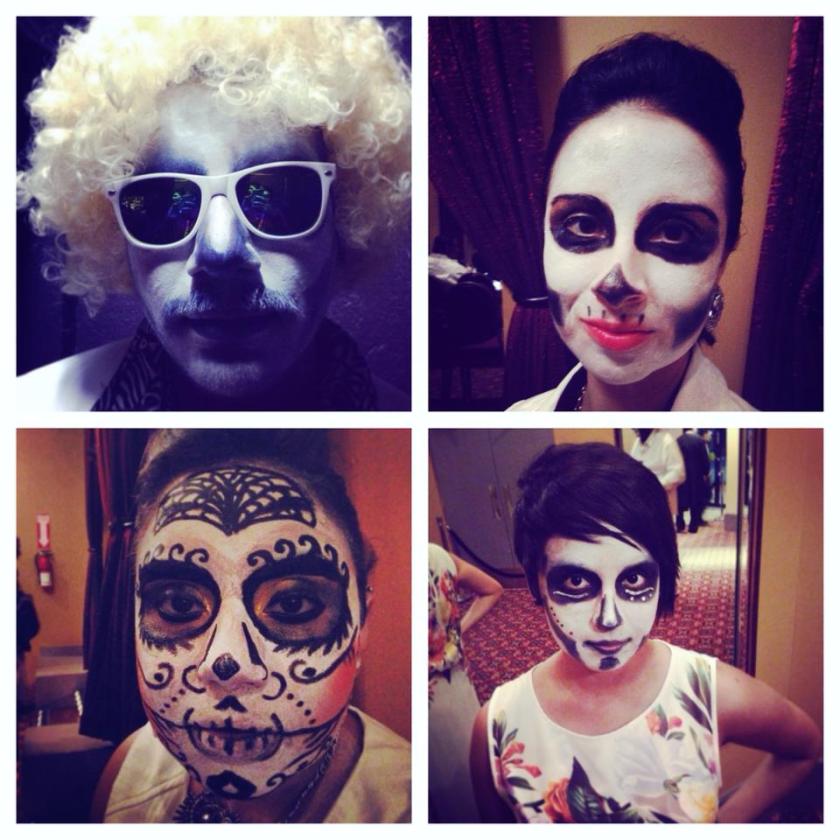 It was that year, I decided to paint my face… after all, we were going to be at a Día de los Muertos drag show fundraiser hosted by Rene Roberts, one of San Antonio’s premiere stylists.

It was a lot fun.

I felt pretty under the paint, exotic even.

Seeing all the different styles people chose with their face paint kept me entertained all night.

This year, I’m not sure if I’ll paint my face.

But I might make an altar, or at least, that seems to be the next step.

However, I know whatever I decide to make, if I do, would pale in comparison to the altars at the Nave.

On Wednesday, I’m meeting with a student who is working on an altar in honor of her grandparents who passed away. She’s doing it as part of her Spanish class at Cade Middle School.

I’m excited to hear her story and see what items she decides to decorate her altar with.

Until next time,
Carolina 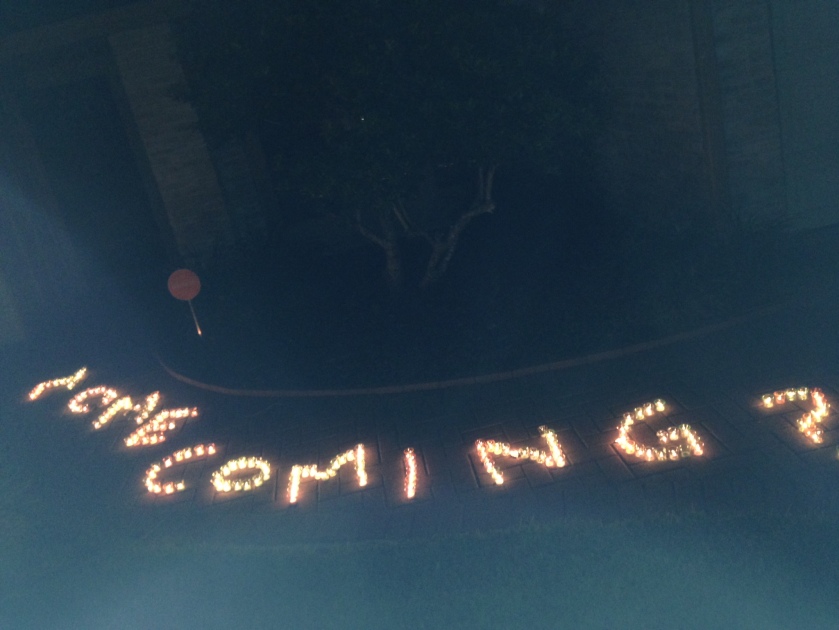 Homecoming had to be my favorite dance in high school. There’s no pressure, it’s at the start of the school year and no matter what happens — rain or shine — it will all be washed away by the impending holiday season. This year I decided to approach our homecoming coverage differently by asking students how their dates asked them to the dance.

The idea came from a bike ride I took with my boyfriend at Riverside Park around prom season last year.

This was the proposal we found:

BuzzFeed and Pinterest have some pretty good ideas for students who have had a hard time figuring out a clever way to ask their potential dates.

A cautionary tale: A student told me the story of a boy painting his proposal on a girl’s car but with the wrong kind of paint. Girl said no. Painter thinner had to come to the rescue.

For now here are some of the others I’ve received from our readers here at the Victoria Advocate:

When did asking someone out to a school dance become so complicated?